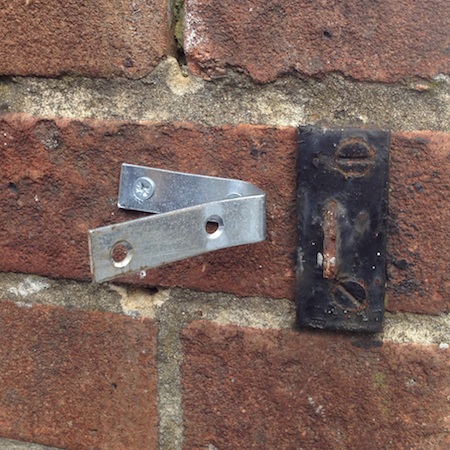 I’ve been looking at 3D printing for a couple years pretty closely, as a result of being a co-founder at MakieLab. We at MakieLab strongly believe that the tech has come of age, where it’s possible to create consumer facing 3D printed products and are proving that with Makies. Having said that, I don’t believe creating completely new products that play on the tech’s unique advantages is the only thing that’ll disrupt industries in the near future.

I read an AWESOME piece last year about a dad repairing a Bugaboo pram with a 3D printed piece. That story embodies what I believe will be a significant disruption in not too distant future – the change in logistics of providing spare parts. Rather than a manufacturer making significant amount of parts to supply repair centers globally, than those shops needing to stock parts, the supplying of parts could in some cases be switched to a model where the original manufacturer supplies 3D models of spares to 3D print shops, who then manufacture parts locally, on demand. While the price of manufacturing individual parts would go up, I wouldn’t be surprised if the consumer price ended up being cheaper than now, as there’d be no wastage and warehousing.

What lead to this post is – we recently moved to London (!). The gate to the house we’re renting was broken – the counterpart to the metal latch had broken off, and had been fixed by bolting a piece of metal in it’s place that didn’t really help with the gate.

I contemplated several fixes on it before remembering Bubaboo story, and realized I can manufacture my own solution! MakieLab has MakerBot Replicators at the office, and I’ve been printing bits and bobs with them. Quick measuring of the latch positions relative to the wall and I was off to model something about 40m high using TinkerCad, my 3D modelling software of choice for simple 3D printed parts. 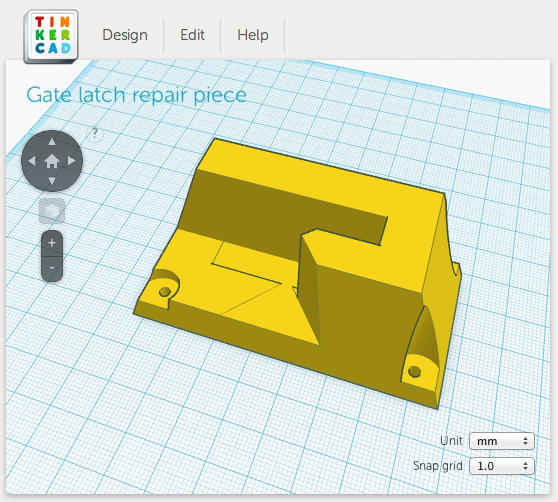 The part took about an hour to print on the MakerBot, after which I had a spare part for the gate! Drilling out the old metal bit was super fast while detaching the new “fix” will require a new drill bit that’ll drill into the hard screws. Bit of drilling for holes, attaching and the gate was suddenly fixed. 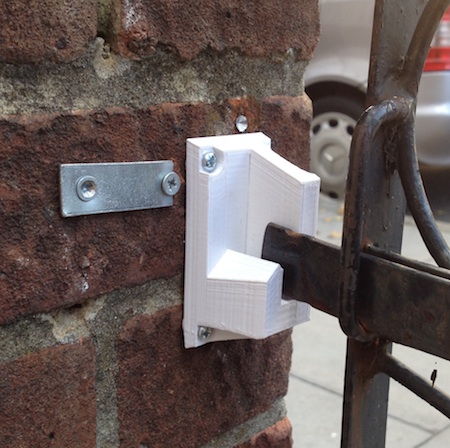 You can view and download the piece from TinkerCad, in case you have a gate to fix. :) If you print this (or other piece that require durability), I recommend using 2 shells and 100% object fill in ReplicatorG parameters. It’ll make the item print slower, but does wonders to how much punishment the item can take.